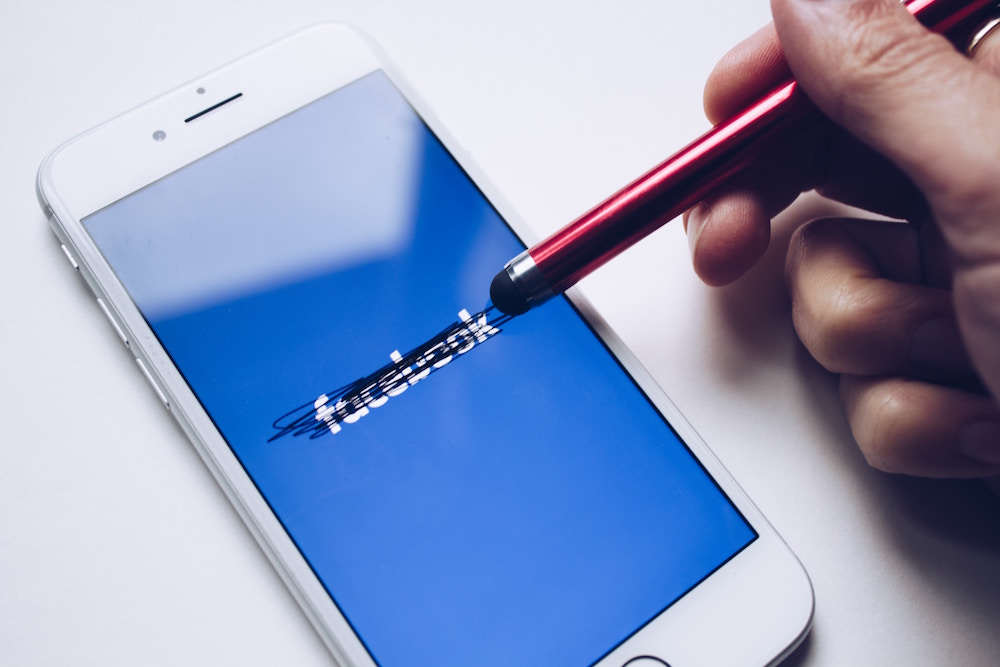 Facebook’s Cambridge Analytica scandal continues to dominate the news week, as Facebook CEO Mark Zuckerberg testified before a joint session of the Senate Commerce and Judiciary Committees on Tuesday, and then before the House Energy and Commerce Committee on Wednesday.

In addition to unleashing a torrent of Zuckerberg Memes and leading to continued hand-wringing about how Facebook lets advertisers use customers’ data. To add insult to injury, legendary Apple co-founder Steve Wozniak jumped on the #DeleteFacebook bandwagon.

On Monday, Facebook took a stab at transparency and notified users if their data had been harvested by Cambridge Analytica and announced new restrictions on data usage.

But let’s say you didn’t see the message on Monday. Maybe you missed it? Scrolled past or X-ed it out? Let’s be honest, most of us don’t pay attention to the periodic messages Facebook pins to the top of our feed when we open the app. We want to get to our newsfeed. No judgment.

So how can you find out if Cambridge Analytica used your Facebook data? It’s one of those things that’s easy to do but kind of annoying and frustrating to find out how to do.

Basically you just have to ask Facebook if they used it.

How to tell if Cambridge Analytica used your Facebook Data

Find the little question mark icon (Quick Help) in the upper right of your toolbar, next to the notification globe icon and click it.

It should take you to this page, which will let you know if your data was in fact harvested by Cambridge Analytica, whether because you yourself had taken their “This is your digital life” personality quiz, or we know, more likely, one of your less-sophisticated Facebook acquaintances took it. Here’s what I got: 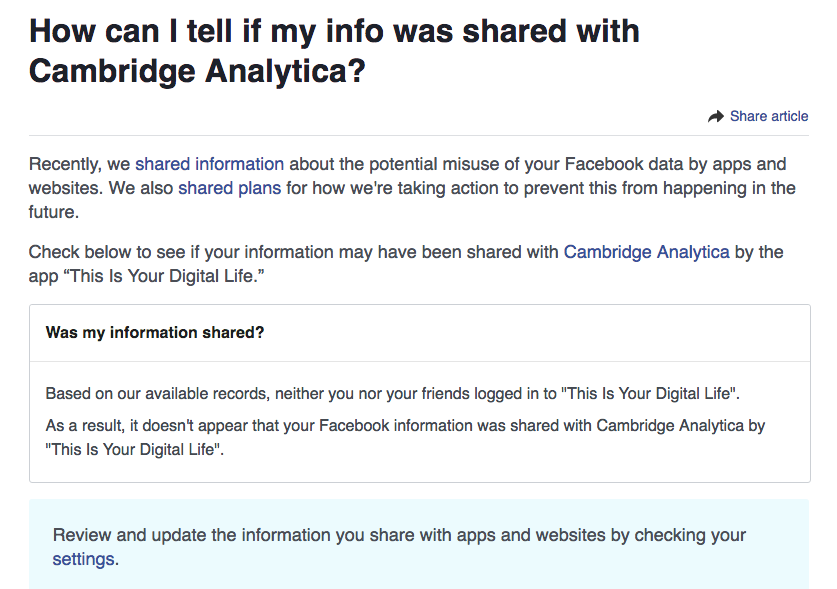 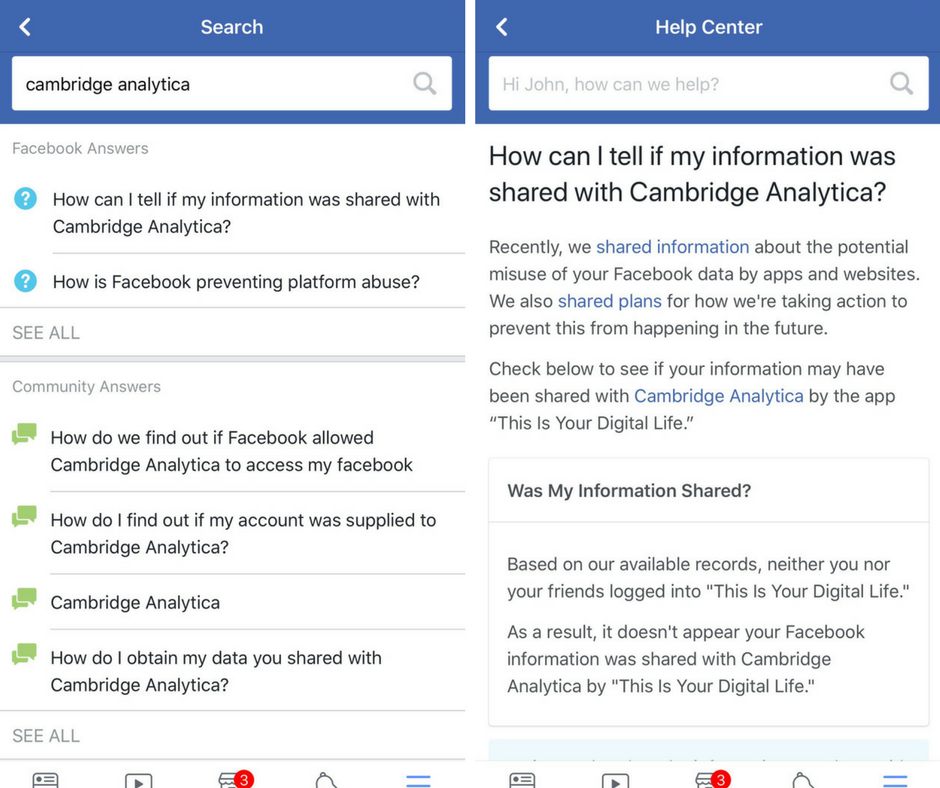 So that’s it. You’ll definitely want to review your privacy settings, paying particular attention to which apps can see and share your data, disabling any that look suspicious.

So, what were your results? Did Cambridge Analytica use your data?