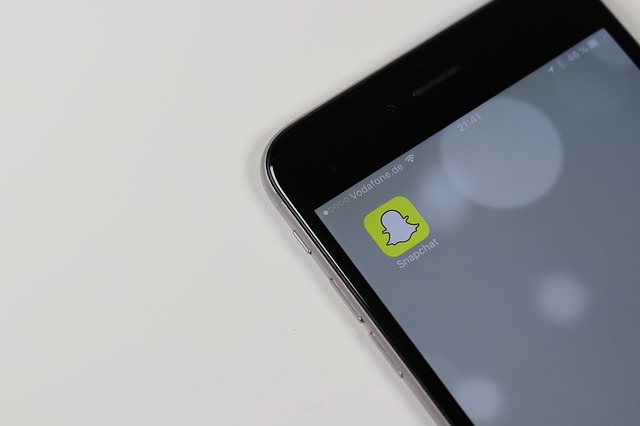 It’s been wild a few months for Snapchat.

In February, a casual tweet from Kylie Jenner knocked a staggering $1.3 Billion off of parent company Snap Inc.’s market value. Since then, the value of the company’s stock has plummeted over concerns about the app’s declining user numbers and reports of lackluster revenue. And in March, the company was forced to lay off about 10% of its engineering force.

It’s not a good start to the year that Co-founder Evan Spiegel once hoped might be the one where Snap finally turned a profit. Clearly, Snapchat needs to start bringing in some cash.

To that end, Snapchat is reportedly going to be testing unskippable six-second ads on its platform starting May 15th.

But if you’re a Snapchat user filled with dread at the idea of having to sit through a six-second ad just to open a friend’s snap, there’s some good news for you.

The ads will be limited to Snapchat’s programming feature, Snapchat Shows. For the moment at least, Snap doesn’t seem to be planning to extend the ads to user’s personal stories.

Snapchat has historically resisted the temptation to run ads, fearing that it might discourage users from accessing the app. But Snap’s disappointing year following their IPO has put them in a bit of a bind. Snap’s slow user growth has made investors nervous, but so has their lack of revenue. Of course, the issue is that Snapchat relies on advertisements for revenue.

So if Snap wants 2018 to be their first profitable year, they’ll have to find a way to turn a profit through advertisements while ensuring that people still want to access the app.

Snap seems to have settled on TV-like programming as the answer to that particular conundrum. This was part of the pitch that Snap made to investors before their IPO last year. They presented Snapchat as the app that would absorb many of the television advertising dollars as consumers increasingly deserted cable.

Since then, Snap has leaned heavily into programming, often quite successfully. The total number of viewers for Snapchat Shows rose steadily last year. And in the fourth quarter, E!’s Face Forward Snapchat Show pulled in as many viewers as several of the top network TV shows.

Snapchat has been looking to expand and diversify the kind of content they host on the platform. And part of what enables Snapchat to do so is the fact that they don’t pay publishers for that content. Instead, they split the ad revenue with the content producers.

Of course, that’s another incentive for Snapchat to increase their ad revenue. Snap needs to run enough ads to keep their content producers interested. CNN actually pulled their news show from the platform because of the lack of revenue.

The problem is finding a way to do it without alienating Snapchat’s users, who skew younger and are less likely to stick around through a long ad. In fact, the move to unskippable ads is largely the result of the fact that most users will skip ads if given the option.

Snapchat isn’t the only platform struggling with this dilemma. Youtube announced last year that they would nix the longer thirty-second ads on the site to provide a better user experience. But Youtube’s example also provides a warning for Snapchat about the potential risks as it moves into unskippable ads.

Like Snapchat, Youtube partners with major TV networks to provide content to its users. And while users may have come to accept six-second ads, the networks haven’t due to concerns about the impact that a brand can have in such a short amount of time. And Youtube was forced to provide several of their largest partners with exemptions to their thirty-second ad ban.

It’s easy to imagine that Snapchat might run into similar problems, especially as they continue to focus on TV-like programming. Luckily for Snap, networks are increasingly coming around to the six-second ad as the best compromise between user experience and brand impact. Fox has even run six-second ads on prime-time television.

That means that the unskippable ads Snapchat is running this month are probably here to stay, and users can expect to see more of these ads rolling out in the future. The question is whether it will be enough to allow Snap to finally turn a profit.

The answer will depend on Snap’s ability to continue to expand its user base through the shift to an increasingly ad-focused platform. Great content would certainly help. But providing it will depend on the app’s ability to attract publishers, which of course depends on their ability to provide ad revenue.

Snap is stuck walking a narrow tightrope, and their ability to survive as a company will likely depend on how well they walk it.

What Is The GDPR And How Does It Affect Publishers?