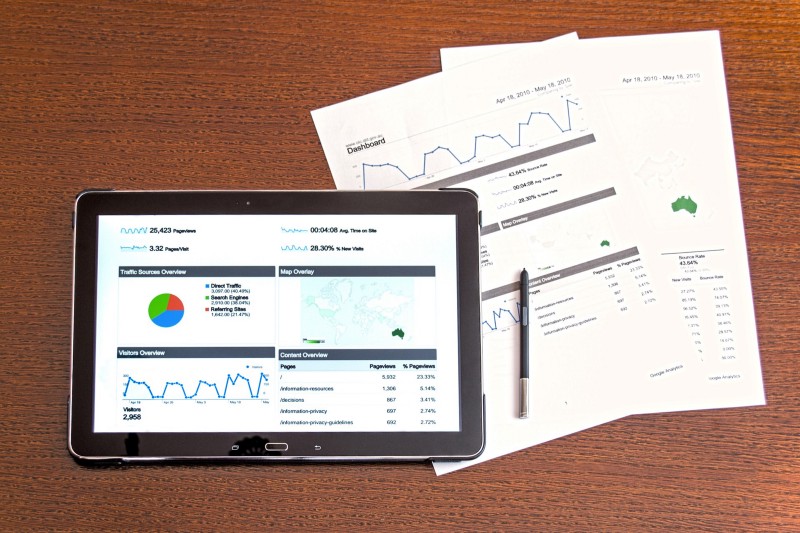 How to Measure the Success of Your Digital Marketing Campaigns

When it comes to digital marketing, the one thing there is no shortage of is KPIs and data. From click through rates (CTR) and cost per click (CPC), to video completion rate (VCR) and 3-second video views, to post shares and conversion rate, there is an abundance of data available for every and all type of campaign.

Whatever your objective, it’s easy to get “lost in the data”, but with the right plan, you can ensure that the most relevant metrics and KPIs rise above the noise of a metric-centric ecosystem that measures everything and then some.

Before you begin planning for any campaign, establishing your core objective is the first and most necessary part of determining which KPIs actually matter — and will help measure your campaign’s performance and success.

To illustrate this point, we will explore three example campaign scenarios and we work to establish and identify our campaign goals, and the corresponding KPIs that we will use to monitor and measure success. 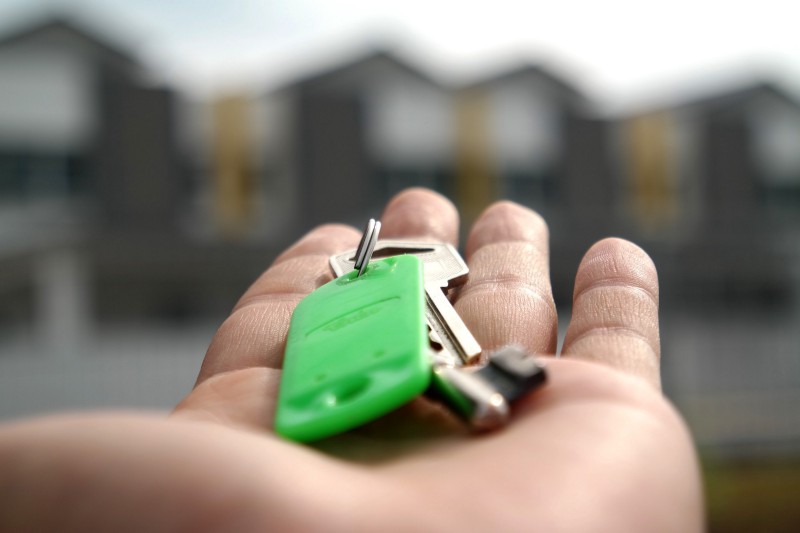 Imagine you run a bank called Bank of the Internet, and you’re looking for customers to complete a mortgage application with your bank.

You run a campaign where you’re measuring success from a cost per action basis, where a successful mortgage action completion equals one action (or conversion).

If you never go any deeper than this, you might be inclined to shift budget from Facebook to Twitter, given that you can acquire a larger number of leads from your budget.

However, from a business perspective, is a completed application really all that matters?

What good is a form submission or lead if they don’t actually convert into a new customer?

Digging a bit deeper into the funnel, consider how the definition of “success” changes when you layer in additional customer behavioural and conversion data into your equation.

Now, when you look to understand how the actual marketing channels performed in achieving the overall business goal — new mortgage customers — you can see that, although Twitter offers a lower CPA, the conversion rate on Facebook is much better than it is from Facebook, and the true cost per new mortgage is actually lower on Facebook as well, defying the original assessment that Twitter had been the better performing channel for the campaign. 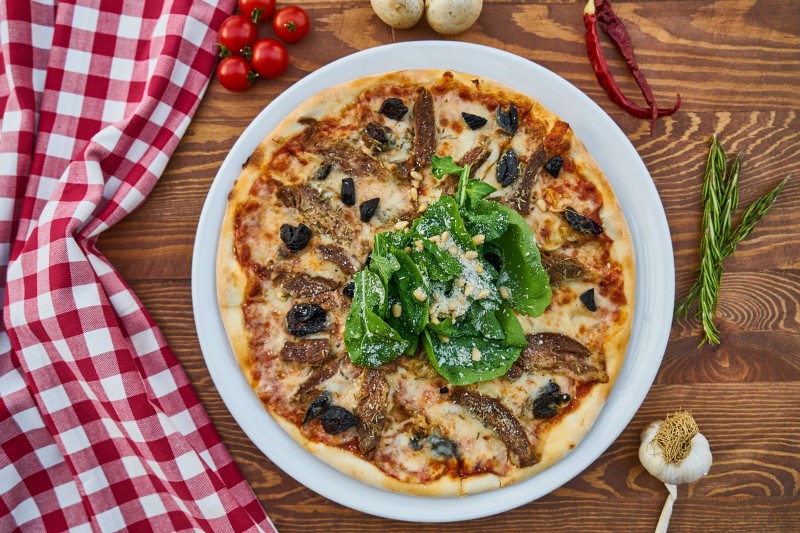 You’ve just been named the chief marketing officer (CMO) of Jimmy Pesto’s Pizza. You’re reviewing the results from a recent campaign, to determine which marketing channel was most successful in generating a positive return on ad spend.

The campaign invited users to print coupons, which could be redeemed for 15% off their next purchase. You note the following metrics: 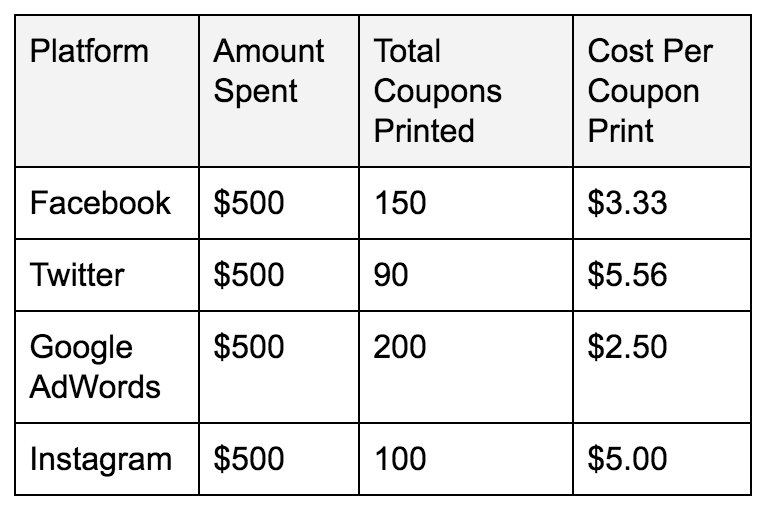 At first glance, it would appear that Google AdWords yielded the best results, in terms of getting users to print coupons.

However, from an economic perspective, it’s pointless to measure coupon prints, since the coupons only bring in value to the business when they lead to sales.

Luckily, your marketing team thought ahead, and each marketing channel featured a different promotional code, which was captured in the point of sale system. This allows you to analyse the number of coupons redeemed by source, rather than just printed. 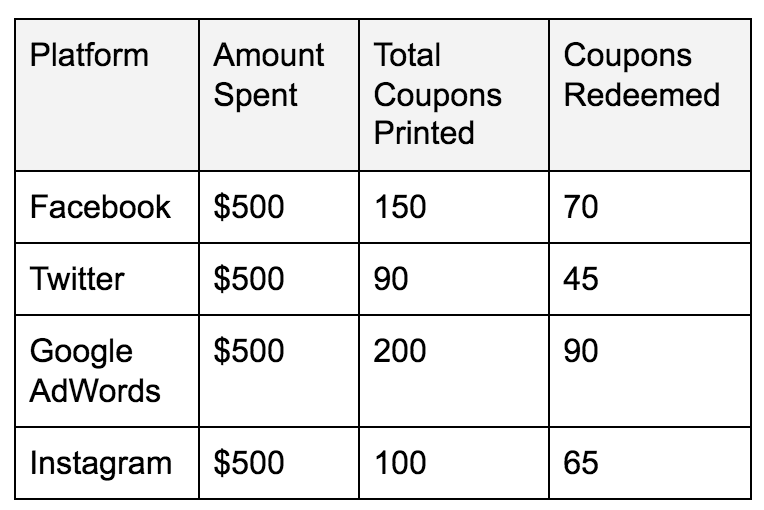 At first glance, it would appear that AdWords is still the most efficient channel, confirming what was observed in the initial observation, right? 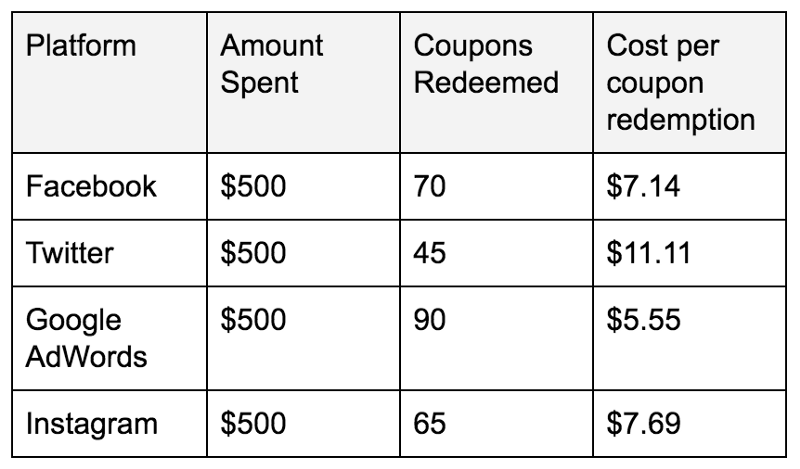 However, cost per coupon redemption still doesn’t give us the full picture of the campaign’s success. Using the same mechanism that were used to track the number of coupons redeemed by media source, we can also look at how much, in sales, each channel generated when you subtract the cost of the actual discount. 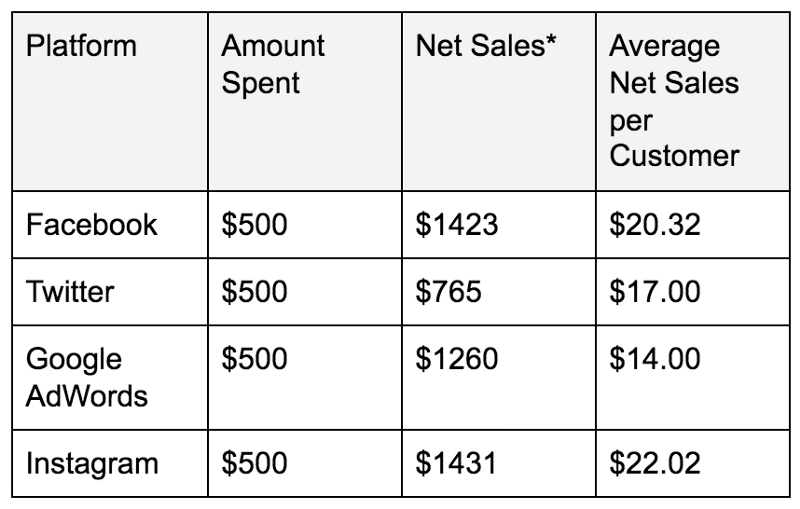 As you can see above, when you quantify the actual return on ad spend, Instagram was actually the most effective media channel, followed closely by Facebook, with AdWords placing #3. (Sorry, Twitter.)

By looking at the actual sales data, in relation to the media channel, we can see that the Instagram and Facebook customers spend considerably more per visit than AdWords and Twitter customers, providing more beneficial return on ad spend from those platforms, despite the original analysis which suggested that AdWords was the campaign’s most successful media channel. 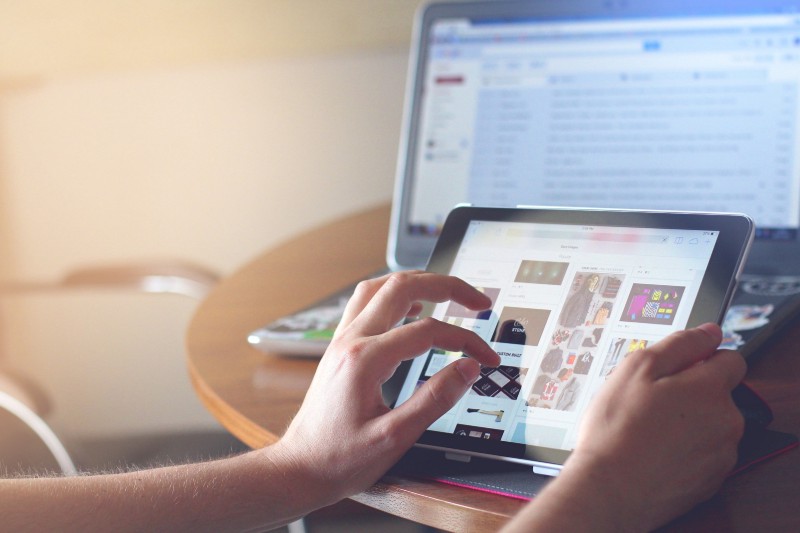 Consider the case of of an advertising support website with a goal for the campaign being to grow the overall number of visitors to the site, while generating ad revenue from the corresponding visits.

From a very basic level, it would seem that the most logical and likely measure of success would be cost per click, looking to drive qualified users to the website.

However, consider this scenario:

At first glance, conventional wisdom suggests that ad version 2 is the more successful ad, but in reality, clicks on tell half of the story.

Because a click only explains what a user does up and until they get to your site, it’s not an effective way to measure engagement of your audience. Because the site is ad supported, the more articles and pages that a user visits during their session, the more valuable/engaged that user is for our marketing campaign and overall goals.

So, if we add an additional page views per visit metric, we see that although ad version 1 had a higher CPC, the overall engagement was demonstrably higher.

Further, if you analyse the performance in terms of cost per page view, you’ll see that ad 1 is also the winner there:

No matter what type of business you run, it’s important to make sure you’re looking past the superficial digital marketing KPIs and identifying clear, defined measures for determining campaign success or failure based on your overall core business objective. No one’s real goal is just impressions or clicks, so it’s important go deeper and understand what success really looks like.

The Decline of Content/Blog Site Values

7 Crucial Metrics Every Digital Marketer Should Be Measuring

Direct vs. Programmatic: A Breakdown of Media Buying

How Social Strategy Can Help Grow Your On-site Traffic