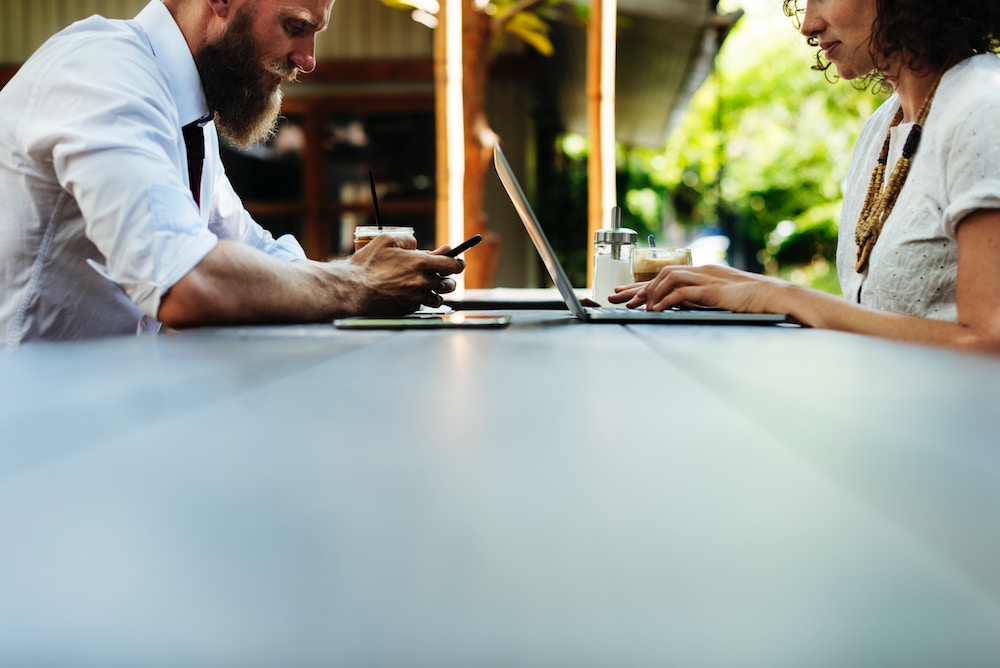 Photo by rawpixel.com on Unsplash
Whiteboard

Here’s a fun little exercise: take a second and imagine what life would be like today without the internet. You wouldn’t be reading this, for a start. There’d be no email. No Googling. If you run a business, can you imagine not even having a website to direct customers to?

Of course, there’s a good chance you remember a time before the internet. But it’s safe to say that even if you do, it’s hard to imagine a world without it now. After all, so much of our daily lives depend on the internet. We rely on it for information, communication, and most importantly, it drives much of the modern economy.

Since the earliest days of the internet, tech-savvy entrepreneurs have relied on it to expand their business and reach new customers. And just as the internet drives business, marketing helped create the internet as we know it. In fact, without internet marketing, the internet might never have become such an important part of our lives.

A bold statement, isn’t it? But if you’re not yet a believer in the power of digital marketing, just follow along as we chart exactly how important marketing was in the history of the internet.

Considering how important the internet is now, it’s easy to forget that it’s still a relatively new invention. In fact, the first website wasn’t created until August 6, 1991. Posted by internet researcher Tim Berners-Lee, it was nothing more than an overview of how the world wide web project worked and some instructions on how to use it (you can actually still check it out here).

With the launch of the first web browsers in the early 90’s, personal internet use boomed. Marketers got in at the very beginning. In 1991, Computer Literacy, a silicon valley bookstore began selling books to local consumers over the internet. Amazon quickly ran with the idea in 1995, with the slight change that they would sell books to people anywhere in the country, helping to create modern e-commerce.

That same year, something else that was very important to the creation of the modern internet happened. Wired magazine decided to launch a website. More importantly, they decided they would pay for it with advertising.

Included on the site was one of the first clickable banner ads. A candy-colored monstrosity from AT&T, the ad read, “Have you ever clicked your mouse here?” Next to the question was a long arrow pointing to the other side of the screen where the ad read, “You Will.”

In 1994, it was probably a little easier to convince people to click on banner ads than it is today. And they could afford to be a little less subtle. But these banner ads actually had a huge impact on the future of the internet. They meant that you didn’t need to charge users to access your site.

And soon, internet entrepreneurs came up with a way to make access to the rapidly-growing number of websites much easier.

W3 catalog, released in 1993, was the first search engine that allowed users to readily find sites on the web. It was followed by Altavista in 1994, which was the first web search engine to let people run natural language queries, which meant that users could simply type a question or phrase into the engine and find what they were looking for.

In 1998, Google launched its site. Using innovative algorithms to crawl through millions of web pages and rank them, Google was able to deliver faster, better results than any other search engine. Within a few years, Google took on the dominant position it enjoys today. By 2006, the Oxford dictionary added “google” as a verb, showing just how closely the English-speaking world identified Google with internet searches.

Once again, it was advertising that allowed search engines to remain free to the users. But Google’s ranking algorithm also created a new challenge for digital marketers. Now, content had to be optimized to make sure that it didn’t get lost in a sea of search results.

And as search engines made the web more accessible and brought new users online, marketers were forced to adapt to a new change in the digital environment.

By 2000, people began talking about “Web 2.0.” Rising from the ashes of the first DotCom bust, Web 2.0 sites were expected to not just deliver content, but to be interactive with its users. Comment sections began to show up on almost every site, letting users communicate with each other directly.

And as sites became more interactive and social media grew into a part of daily life, companies also had to engage more directly with their customers. Social media managers became an integral part of digital marketing as businesses needed a more personal touch to engage with the public on these new platforms.

This personal relationship between businesses and customers meant that marketers had more direct access to their audience. But it also meant that companies had to be more mindful of their relationship with the public. Widespread connectivity meant that businesses had more opportunities- and chances for PR disasters– than ever before.

And driving the rise of Web 2.0 connectivity was the fact that users were no longer tied to their PCs. The rise of the smartphone made it possible to access the web from anywhere.

The internet was going mobile.

The smartphone seems like a fairly new invention. But in fact, it’s almost as old as the web itself. The first smartphone, the Simon, was released by IBM in 1992. It had a lot of the features of modern smartphones, like an LCD touchscreen.

The Simon actually sold close to 50,000 units. But given the relative lack of internet use at the time, the price tag of around $899 (around $1,500 today), and the fact that the Simon was the size of a brick, the device never really took off.

It wasn’t until 2007, with the release of the iPhone, that smart device use really became common. With a touchscreen that could be navigated by a finger, a huge number of apps, and a killer marketing campaign, the iPhone completely changed how we access the web. Today, around 77% of Americans now own a smartphone. And the idea of going without a smartphone fills most people with at least a little bit of anxiety. 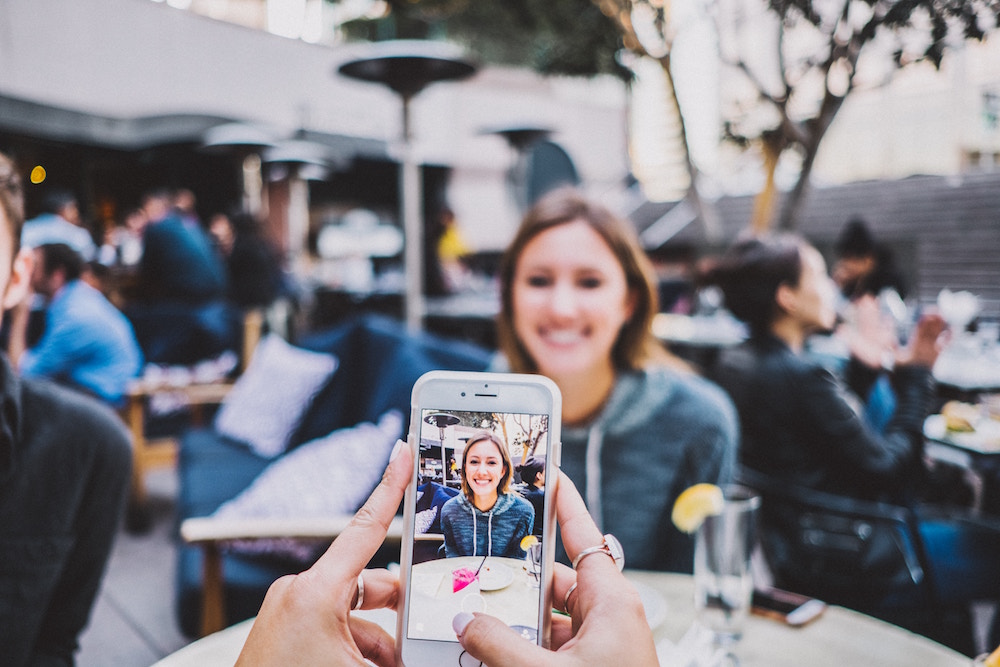 It’s a testament to how much of a role the devices play in our lives.

And the rise of smartphones also meant that digital marketers could no longer ignore the mobile marketplace. Now a site without mobile optimization quickly dies as users migrate to easier-to-access sites.

The Future of Digital Marketing

In July 2012, Frito-Lay’s launched a marketing campaign titled, “Do Us A Flavour.” That month, a pop-up store opened its doors in the middle of Times Square. Customers were invited to come in and taste new flavors of Lay’s iconic potato chips, along with flavors from around the world.

That’s a pretty traditional marketing campaign, right? It’s face-to-face. Lay’s met their customers and handed out physical samples. But here’s where the “Do Us A Flavour” campaign showed us what the future of marketing might look like: inside the store was $1 million in cash.

The money would go to the winner of a contest conducted through a Facebook mobile application where customers could submit their ideas for new flavors of chips. Other users of the app could vote on their favorites, and the finalist flavors would be released in stores across the country before the winner was chosen. Lay’s Facebook audience soared as millions of users accessed the app.

Lay’s marketers hoped that the buzz around the campaign would generate a 3% rise in sales. By the time the contest ended, sales were up by four times that. More importantly, Lay’s now had a new flavor to sell that they knew customers would love – Sriracha – and millions of new followers on their social media pages who would now engage with the brand every time they logged in.

It’s an example of how digital marketing can drive sales and create more personal engagement with customers that translates into real-world engagement with the product in stores.

In the future, digital marketing will be less about driving people to your site, it will be about creating “buzz” around your brand that spills over into the customer’s daily life.

So, the next time you see a banner ad, take a moment and try to appreciate it. After all, they probably won’t be around forever. And the internet simply wouldn’t be the way it is today without a little bit of digital marketing.

ICYMI: Upcoming Changes To AdWords 👍🏼, Pinterest’s video ads are getting bigger 📍🖥, How strategic partnerships help accelerate growth 👏🏼, and Have we reached peak smartphone?📈

The Decline of Content/Blog Site Values